Indian Institute of Technology Hyderabad’s (IIT-H) incubated Electric Two Wheeler Startup ‘PURE-V’ is launching ‘EPluto7G’, an eco-friendly two wheeler in Nepal. This move is part of a larger plan to expand to other international markets next year with a particular focus on South Asia, South-East Asia and East African countries, where 2-wheelers are predominant.

Looking for good distribution partners –
According to a statement released by the company, a unique point of this vehicle is that the battery and the vehicle have been designed and developed factoring in the gradient requirements of Nepal. PURE EV’s expansion into Nepal is part of a larger strategy to export to international markets having predominantly two-wheeler mode of transportation for personal mobility. The startup is also looking for good distribution partners for other markets who can create an efficient channel network for vehicle sales and service in the target markets.

The startup is partnering with White Lotus Motors (WLM) for distribution of its EV two-wheelers in Nepal. WLM will establish two outlets in the capital city of Kathmandu. PURE EV plans to launch more models in the near future.

Wishing them lots of luck on their new venture!https://t.co/FS4U86Rccq pic.twitter.com/wsYiAiZb1W 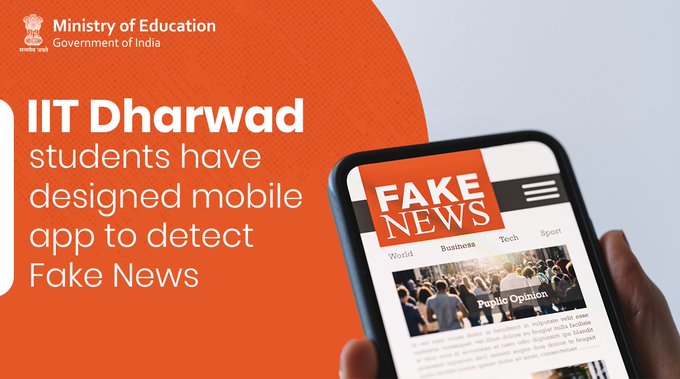 Indian Institute of Technology (IIT) Dharwad students have designed a mobile app which will be able to detect Fake News. In today’s era, when we have what’s app universities, social media groups which has raised the spread of fake news to a level in a few years, it is really important to have some technology to stop the spread of fake news.