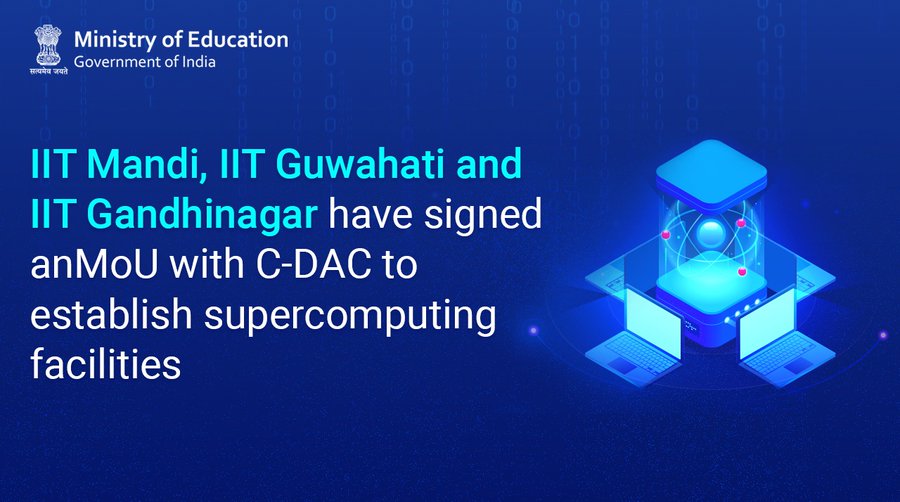 Under the National Supercomputing Mission, @iit__mandi, @IITGuwahati, and @iitgn have signed an MoU with the Centre for Development of Advanced Computing for the establishment of supercomputing facilities in their respective campuses. https://t.co/tVqtKWnisS pic.twitter.com/2SsQPUoeiv

Using the Supercomputing facility, the Indian Institute of Technology will focus on the following subjects- 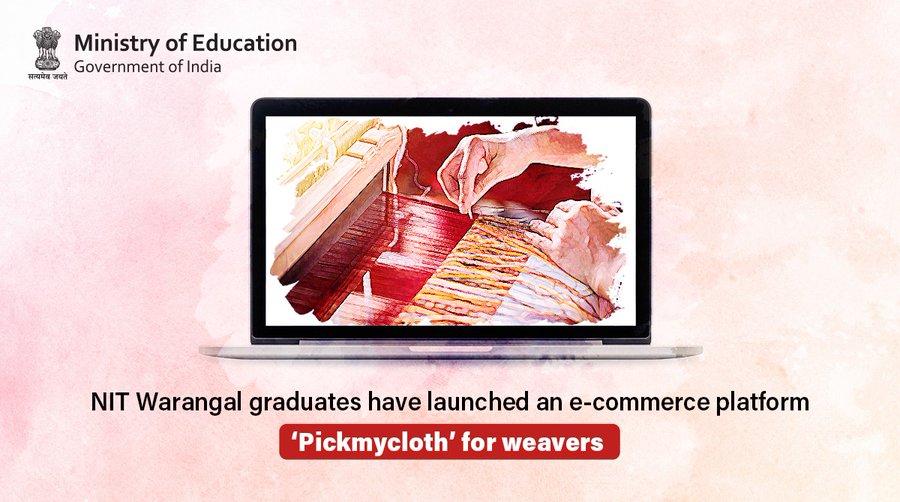 National Institute of Technology (NIT) Warangal graduates have launched an E-Commerce platform for the weavers which will help them to sell their products directly to costumers. This E-Commerce platform which is named as ‘PickmyCloth’ will eliminate middlemen and will help Indian weavers maximize their revenue.

Ram Kalyan, the Co-Founder said that the platform enables weavers to sell their products directly to the customers. It thus helps bridge the gap between the two. Pickmycloth eradicates the need of middlemen, he added.

Newly launched Pickmycloth e-Commerce platform –
While speaking to ANI about the newly launched Pickmycloth e-Commerce platform, Kalyan said that as soon as the order is placed, the weaver gets a notification. After this, the weaver packs the product, labels it and then the product is delivered to the customer. He further informed that over 700 weavers have been listed on the platform, out of which 400 weavers are active.