IIIT Hyderabad study confirms that our playlists mirrors our mood 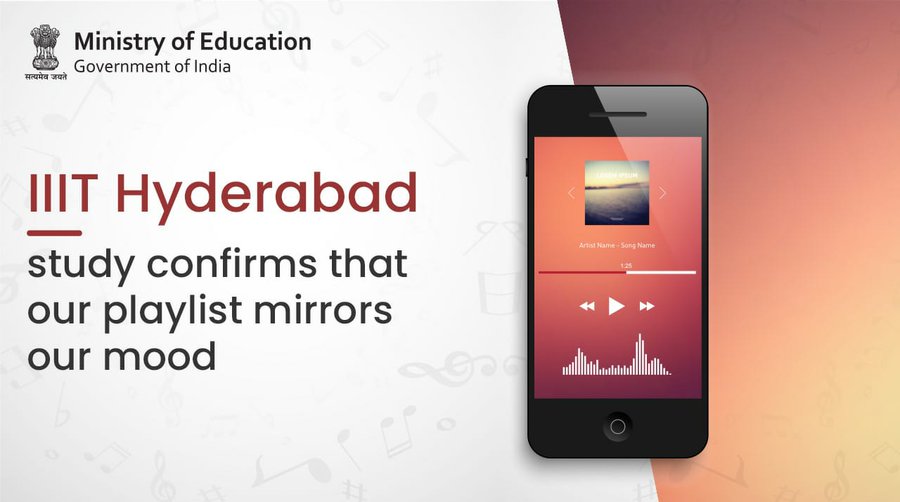 New Delhi,
Sounds are all around us, from birds chirping and waves lapping against a coastline to cars honking in traffic. But sometimes sounds are put together in purposeful ways to create a specific atmosphere or to express ideas or emotions. Such organized sounds are called music. That music heals and enthrals is not news. A number of studies across the world have studied the impact of music on human beings and animals. Here’s a new study by researchers at the International Institute of Information Technology (IIIT-Hyderabad).

Listening to music is not a passive activity –
International Institute of Information Technology (IIIT-Hyderabad) throws light on the link between people listening to sad songs and their mood. It can leave enough hints at people on the verge of getting into depression. “Listening to music is not a passive activity but one that holds a mirror to the self,” Vinoo Alluri of the Cognitive Science department at IIIT-H, says. She, along with her students Aayush Surana and Yash Goyal, has tried to identify music listeners with depressive tendencies from their (music) listening habits.

A recent study by @iiit_hyderabad throws light on how our playlist depicts our mood. The researchers say that the sort of music we listen to can leave enough hints at people on the verge of getting into depression.
Great work done by the team here!https://t.co/r1HhZURvIM pic.twitter.com/oTCmsj6U1V

Inability to stop repeatedly listening –
The study, titled ‘Tag2risk: Harnessing Social Music tags for characterising depression risk, cover over 500 individuals’ music-listening histories from music streaming platforms. “The inability to stop repeatedly listening to (sad) music, using it as a tool for avoidance and using music as a coping mechanism means, one could wallow in an unhappy state too,” she was quoted as saying in an institute’s blog. 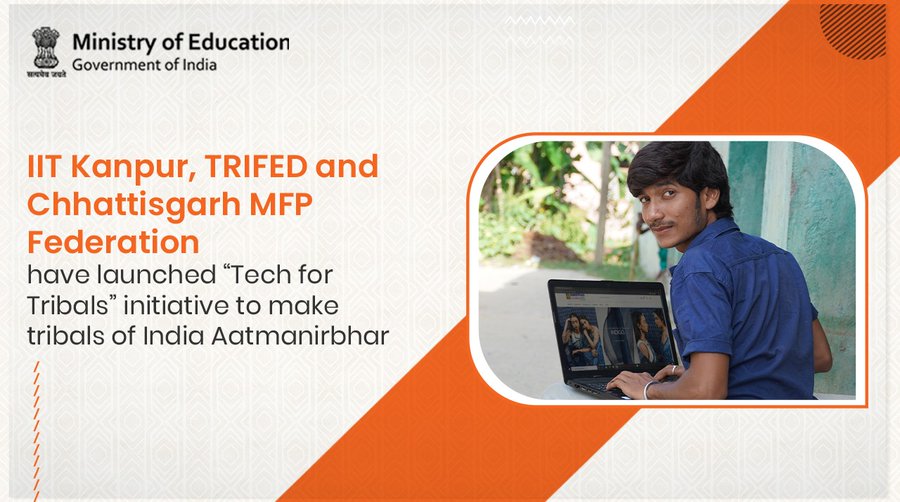 .@IITKanpur, @tribesindia & Chhattisgarh MFP Federation have launched a Tech For Tribals programme in Chhattisgarh.
The initiative aims to tap the traditional knowledge & skills of tribals and add branding & marketing to optimise their income. pic.twitter.com/OwIUQhyHBV

TRIFED has so far sanctioned –
The programme aims to tap the traditional knowledge and skills of tribals and add branding, packaging and marketing skills to optimize their income through a market led enterprise model by setting up of Van Dhan Kendras (VDVKs). TRIFED has so far sanctioned 1243 Van Dhan Kendras in 21 States and 1 UT involving 3.68 lakh tribal gatherers. Tech for Tribals initiative” is a unique program to make tribals of India “Aatmanirbhar”, focussing to bridge the gap between tribal entrepreneurs and urban markets.