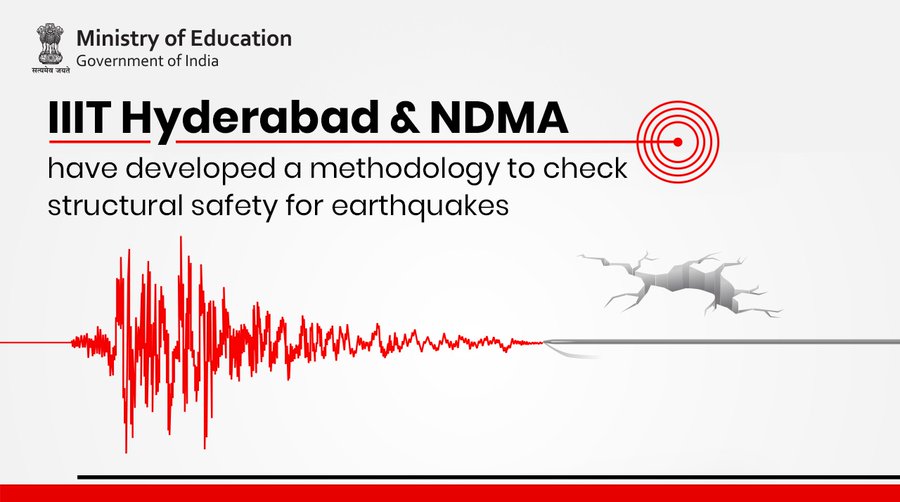 .@iiit_hyderabad along with @ndmaindia, have developed Rapid Visual Screening (RVS) a methodology for testing the strength of building to withstand #earthquakes.

Compliance with design standards –
Professor Pradeep said, “Focused earthquake risk mitigation activities such as the construction of buildings, compliance with design standards, and assessment and retrofitting of existing buildings can significantly reduce risk due to potential earthquake hazards”. He says this massive exercise of assessing the strength of buildings can be carried out simultaneously with the census. He says this methodology would serve as one key parameter for the banks too, in deciding whether to fund a project or not.

In line with the vision of #NEP2020, the Joint Admission Board (JAB) of #JEE (Main) has decided to conduct the JEE (Main) examination in more regional languages of India. @DG_NTA