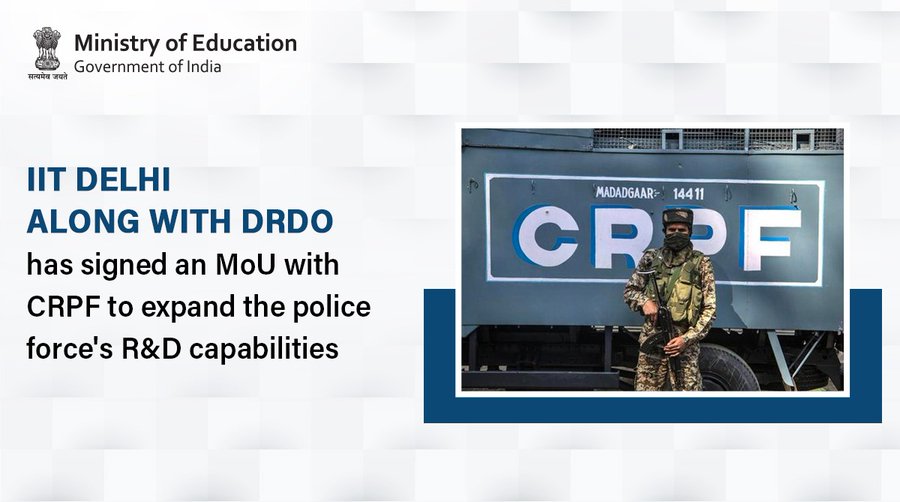 New Delhi :
Indian Institute of Delhi (IIT Delhi) along with Defence Research and Development Organisation (DRDO) has signed an MoU (Memorandum of Understanding) with CRPF (Central Reserve Police Force) to work towards finding solutions for the operational challenges faced by the force.

Emerging challenges and engagement with technology –
The CRPF, with its strength of more than three lakh personnel, has more than 500 officers/SOs holding a degree in Engineering. The CRPF in a press release cited the emerging challenges and engagement with technology in the everyday world and further apprised about the persistent efforts by the force at keeping pace with the latest technologies.

#CRPF has signed an MoU with @iitdelhi & @DRDO_India to work towards finding tech solutions for the operational challenges faced by the force.

This will also enable officers to take specialised courses at these institutions/pursue #research. 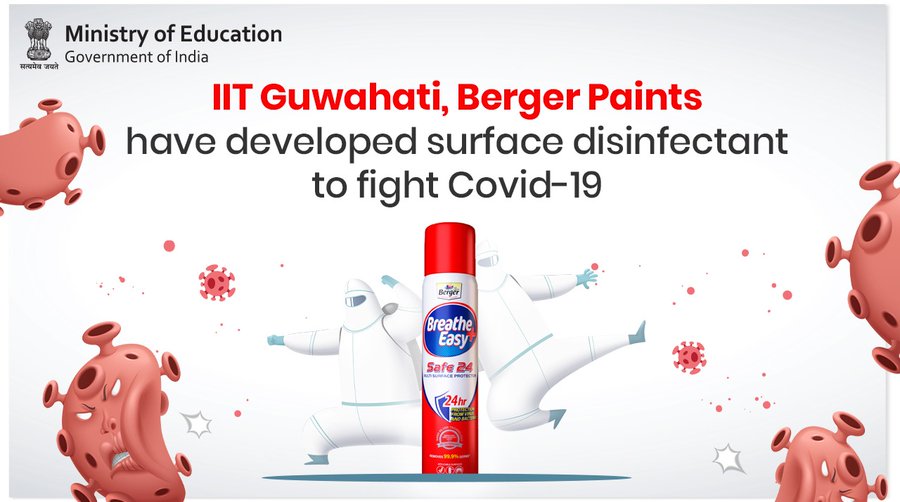 Economic activities gradually picking up –
Mr. Abhijit Roy, MD & CEO Berger Paints on the launch explained – “Berger Paints has always been a front runner in innovating customer centric products. Safe 24 is another testament to our core philosophy of innovation. With economic activities gradually picking up, there was an evolving demand for a product that can protect for a longer duration. It was a pleasure to bring prestigious Indian Institute of Technology Guwahati’s ( IIT-G) technology to the Indian consumer as it catered to a big need gap. We are sure that Safe 24 will be of great assistance to the people and Government in these trying times.”

Protective nano-silver coating which fights off bacteria –
The project was developed by a group of scientists at IIT Guwahati which was led by Prof. Biman B. Mandal. Speaking on the occasion, Prof. Mandal added “Safe 24 is different from normal alcohol based sanitizer as it stays active for extended period of hours on the application surface”. It forms a protective nano-silver coating which fights off bacteria and virus for a longer duration as validated by standard protocols. IIT Guwahati has been instrumental in designing several projects in helping the society and the nation fight Covid. We feel that this product would make our everyday lives safer in these trying time and beyond.”